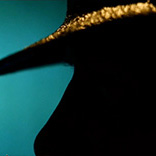 Total Points: 75
Location: Pleasant Hill, MO
Landed: 7 years, 9 months ago
Last Seen: 2 years, 11 months ago
.I retired Air Force after twenty six years, ten years on active duty and sixteen years in the reserves. While I was on active duty I worked in Air Defense Radar NORAD as a weapons control tech and as a weapons director tech for almost four years. That job involved scrambling and controlling interceptors on unknown aircraft entering US airspace. I then cross trained to television equipment specialist for over five years. Joined the reserves in 1986 and worked for three years in air cargo and over sixteen years as a ECM technician on A-10 fighters. I also worked as an electronics mechanic and as a logistics and project manager for the federal government for over twenty two years. Before that I worked for Western Electric as installing telephone equipment in central office in the Kansas City Missouri area.